Why have we dedicated ourselves to connecting children to Nature through the Arts?

Our founder, Jamie Black has been an artist and a Nature advocate her whole life. Raised in nature, falling in love with the land and taking care of it in every way she can.  When witnessing humans, young and not so young, littering and illegally dumping garbage, our founder made it her mission to solve this issue by

Engaging children in their Nature through imaginative play creation. We offer programs for children AND training for teachers.

As a humanitarian, our founder Jamie Black’s is regenerating resilience as Nature intended. A connection to Nature through joy and play is contagious, look out!

We want to see a world where the young, and young at heart, make choices in the wilderness that take care of Nature.

We can inspire our youth to become advocates for the Natural World.  Jamie has dedicated her life developing an understanding of how important it is to deepen our knowledge of self and the mysterious universe we inhabit. Jamie believes that it is in this way that we will make the Earth a better place.

At Wild Craft Play ‘sCool we are a Social Purpose Service Provider and we believe in investing time, effort and money in our children for the health of our Nature.

We have adopted a number of theories and practices under one umbrella, what Jamie Black coined in A Case Study of Guided Discovery Learning with Children in Nature: The Hummingbird Approach, as seen below.

For us, Play is at the core of our activities.

According to R. Kool & T. Lawver (2010) in Psychiatry, “Piaget1 observed that most children in their first decade of life had neither meaningful expression nor the ability to comprehend complex issues, motives, and feelings because they lacked the ability of abstract thinking. Piaget also noted that when a child is in his or her second period of intellectual development, called preoperational, the child begins assimilative play with the ability to form symbols. As the cognitive horizon expands, play becomes more complex with rules, moral judgment, and language development.2“

Joining us in this effort is an act of philanthropy. Defined as “the desire to promote the welfare of others, expressed especially by the generous donation of money to good causes” (Wiki). Rather than expecting a return on investment, we are providing an opportunity to invest in a model of play that is unique and engaging that the children love, and teachers want to learn.  Join us and feed the lives of our future leaders so that they may make good decisions with Nature in mind.

To get involved, you can join us by registering for our programs and training, help us spread the word, offer funding.  Attend our events and come to understand what we do in a deeper way.

This movement was spurred by Jamie with her concern for all of the garbage at the base of Little Mountain. As a metaphor for the needs around the world, Jamie thought that by focusing in on cleaning up the illegal dumping mess of 10 dumptruck loads worth of garbage at the base of this beautiful in her home town, Errington BC. After months of actively engaging in the clean-up, Jamie was captured by local Chek TV, and Shaw TV, in the local media. She was also supported by 8 Telus friends who heard about this initiative and came to support. After all of this effort, the issue was not resolved, and with 8 thousand kilo’s removed, it didn’t even make a dent in the disaster.  People continue (to this day) to throw garbage over that beautiful mountain.

Jamie was moved to resolve the cause of the issue, not just put a band-aid on it. In her efforts, she received $5000 from the TD Friends of the environment and embarked on my Masters of Arts in Environmental Education and Communication, and after successfully defending her thesis, Jamie has come to understand that it is her role on this Earth, to empower young people to have a voice and engage in helping to share The Earth’s stories, and tend to her wounds. It isn’t easy, but it is a need, and the people that Jamie chose to invest in has always been the children.

Check out a video log of the journey to the base of Little Mountain:

As an advocate for the Earth, Jamie realized that there is a need to help adults to enhance their skills of facilitating engagement in children. She decided to use wilderness, arts and crafts and play, providing experiential learning using a more Guided Discovery approach… or what she likes to call The Hummingbird Approach.

In June 2017, Jamie Black defended her thesis and is a proud author of “The Hummingbird Approach: A Case Study of Guided Discovery Learning with Children in Nature.”

What is Jamie’s thesis, and where did it come from? You may wonder…

This thesis distills her understanding of this concept, yet it has only just scratched the surface for her. One way she likes to share her philosophy of leadership through Guided Discovery Learning is by telling her favorite story of a little 8 year old boy, she likes to call “Johnny,” who, while in his sailboat, was guided through his own discovery of self-confidence.

In 2003 Jamie had the pleasure of coaching along side Tine Moberg-Parker, world-renowned sailing instructor in Vancouver, BC.

One day the head coach invited Jamie to sit in Tine’s coach boat while a young boy (we’ll call Johnny) sat scared in his little Optimist. Poor Johnny was scared, the sail was flapping over his head and he just wanted to go home. Tine said to Jamie “Watch this…” as she called to him “Hey ‘Johnny’, how is it going?” He shrugged, wiped his tears off his cheek and said “I just want to go home!” Tine pulled her coach boat closer and said “Johnny, I hear you, but either way you will need to sail that boat to get you back to the dock, or around that mark like the rest of the boats. You will need to do something, what do you want to do?” Johnny said, with fear in his eyes “I dunno.” [A typical response for any child]. Then the head coach said, “Well, if you were going to try something what could you try?” And he suggested he pull the rope. She said “GREAT, give it a shot.” [The head coach knew that only pulling the line would make the boat go for a second, then turn on it’s own, and put him back in the same position as before, yet she wanted him to experience that, and make the mistake himself]. So he pulled the rope and without surprise, Johnny went forward for a few seconds, then the boat crashed through the waves, and steered straight into the wind, with the sail flapping over his head, him being even more scared than before and letting go of the rope.

“Hey Johnny, how did that go for you?” she said. He cried harder and was frustrated and yelling. She then said “Well that almost worked, what else could you do?” After a few moments of tears, he then decided to pull the tiller (that controls the rudder) and pull the rope and lean back, and what do you know… Johnny was sailing. Not only was he sailing, but from that point on he taught himself how to problem solve on his own by saying to himself “that didn’t work, now what.”

Looking back on that situation, The head coach could have said “Johnny, sit back, pull the rope, pull the tiller and point the boat upwind.” Simple, and easy for an Olympic Athlete to say, but the head coach chooses to let those new athletes learn on their own, experience what any person would experience if they were experimenting on their own, and let them make mistakes.

Back in 2008, Jamie wondered, maybe she should do a case study on herself, to study HOW she facilitates… so she did.

Jamie’s theory behind Guided Discovery Learning has become what she calls “The Hummingbird Approach”, and highly encourages you to read her thesis.  Have a gander…

FOR THE HUMMINGBIRD APPROACH: A CASE-STUDY OF GUIDED DISCOVERY LEARNING WITH CHILDREN IN NATURE 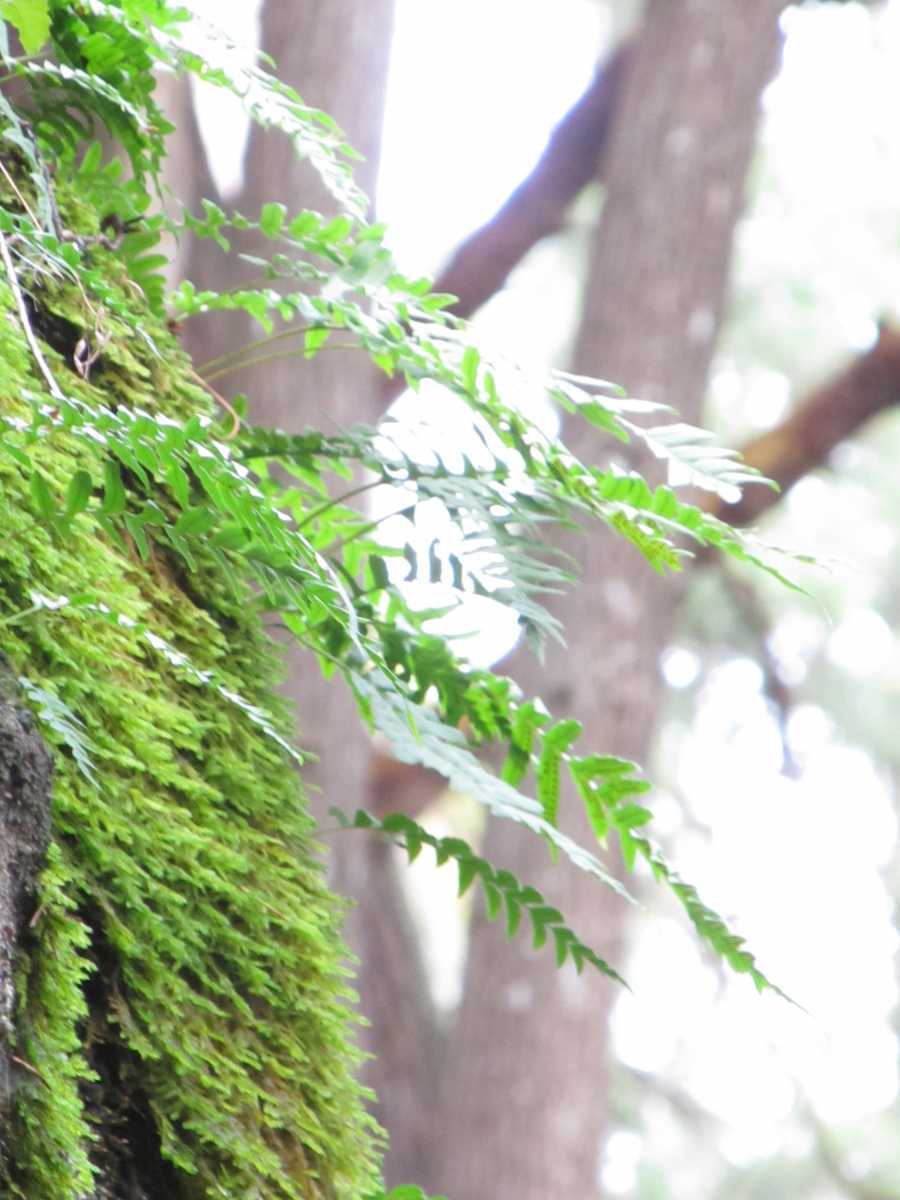 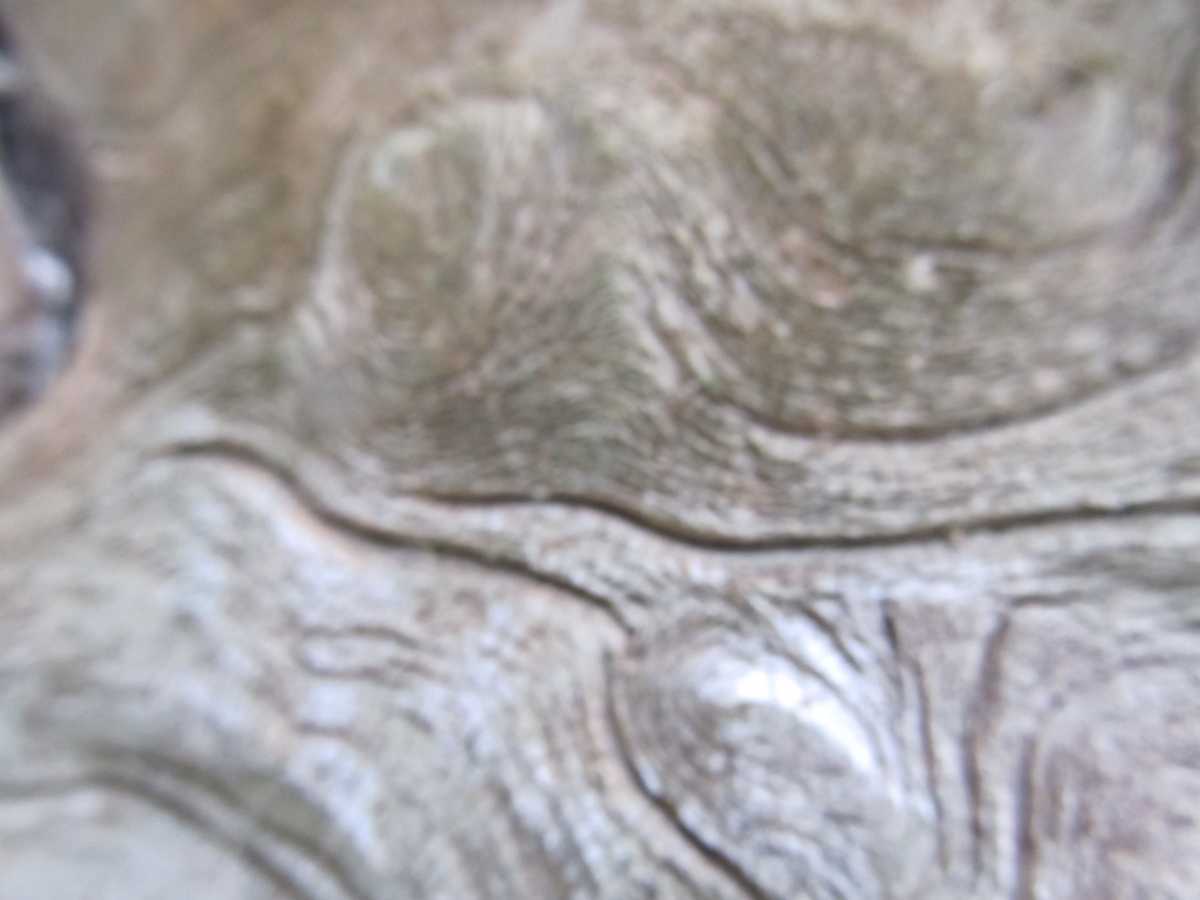 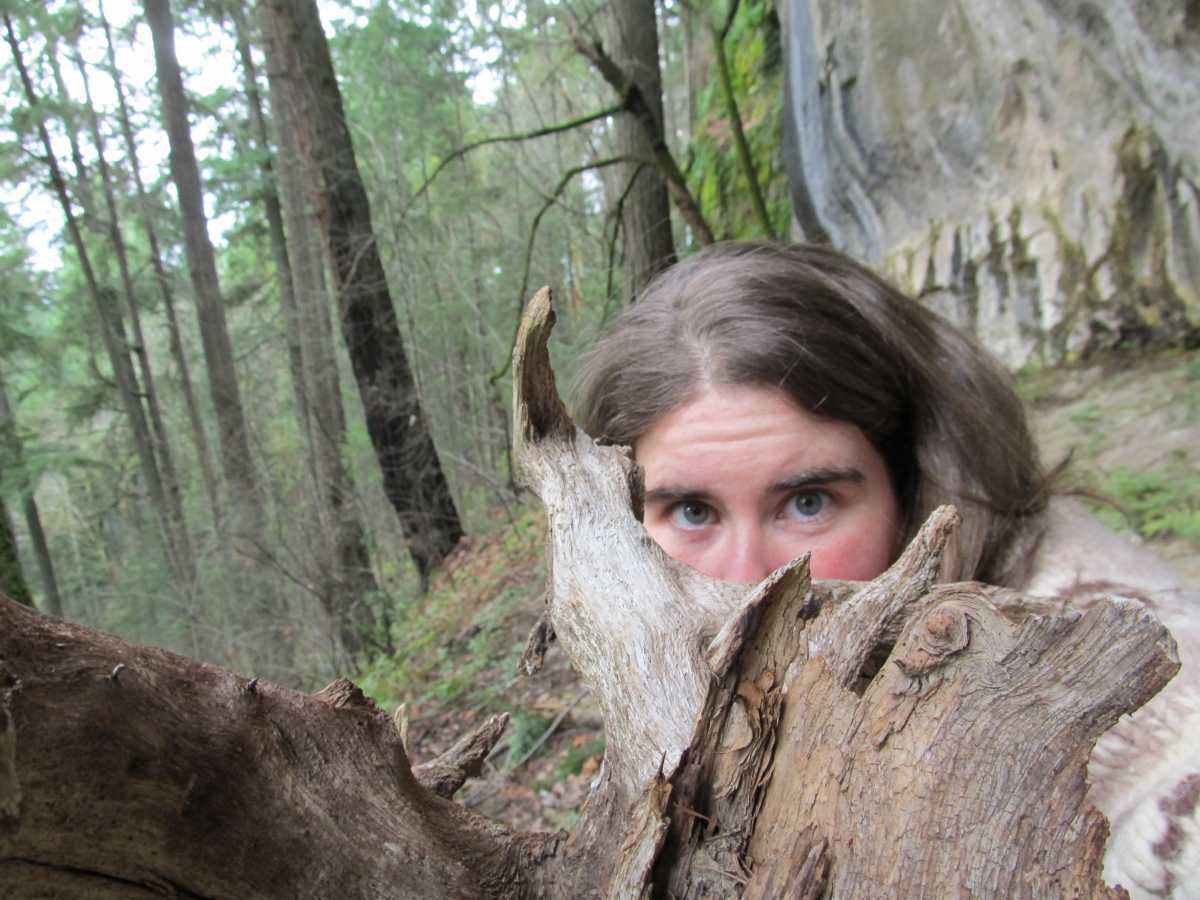 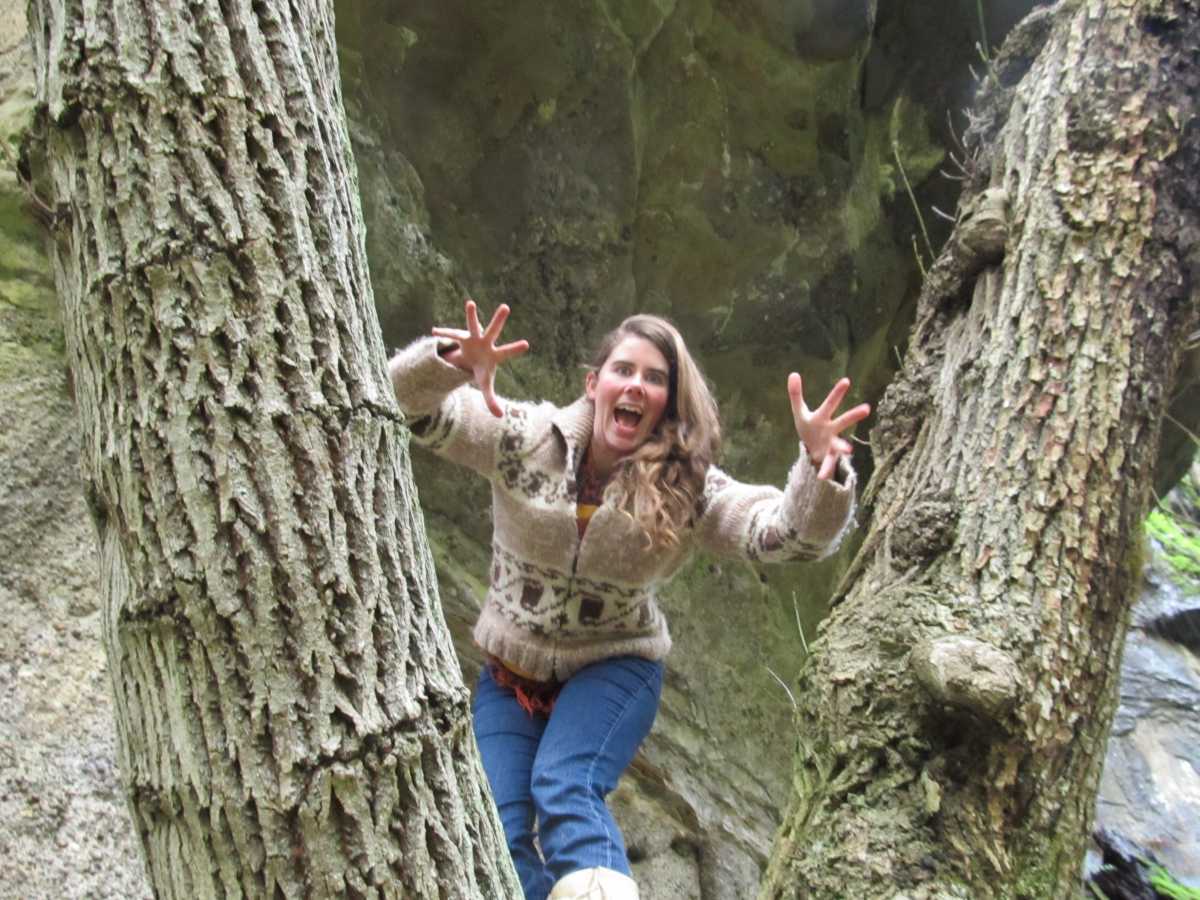 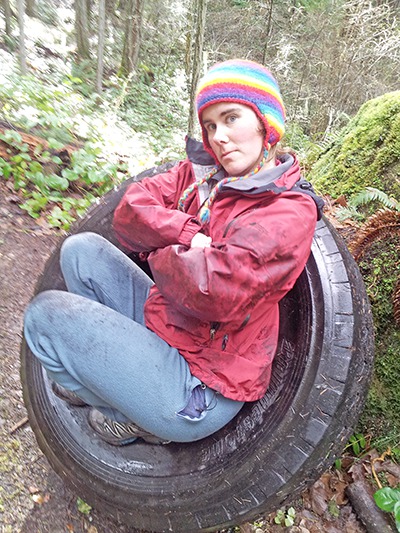 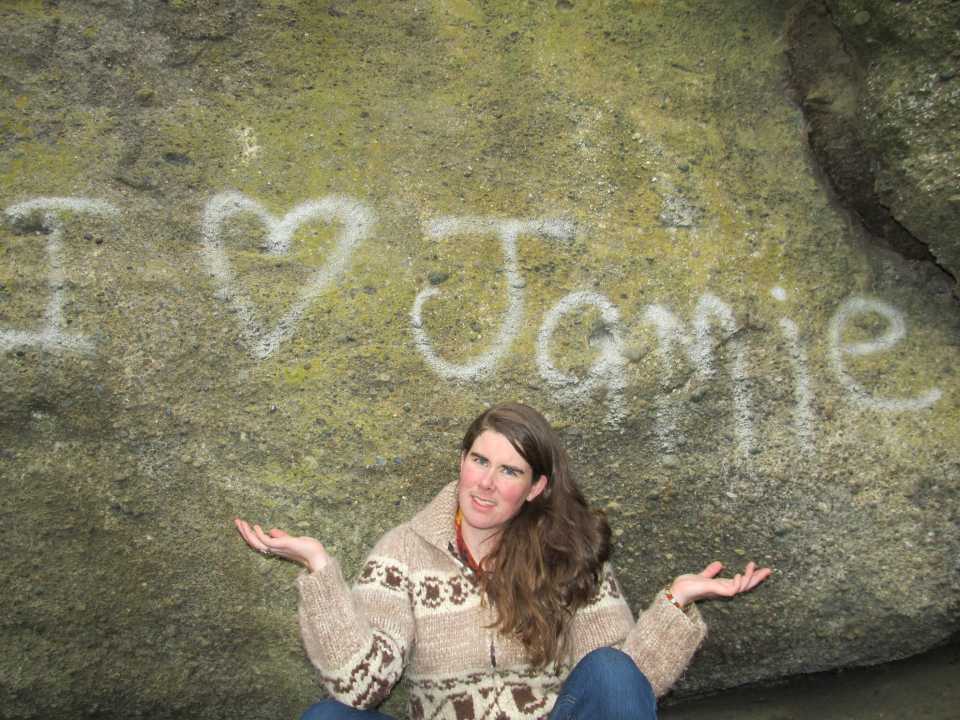 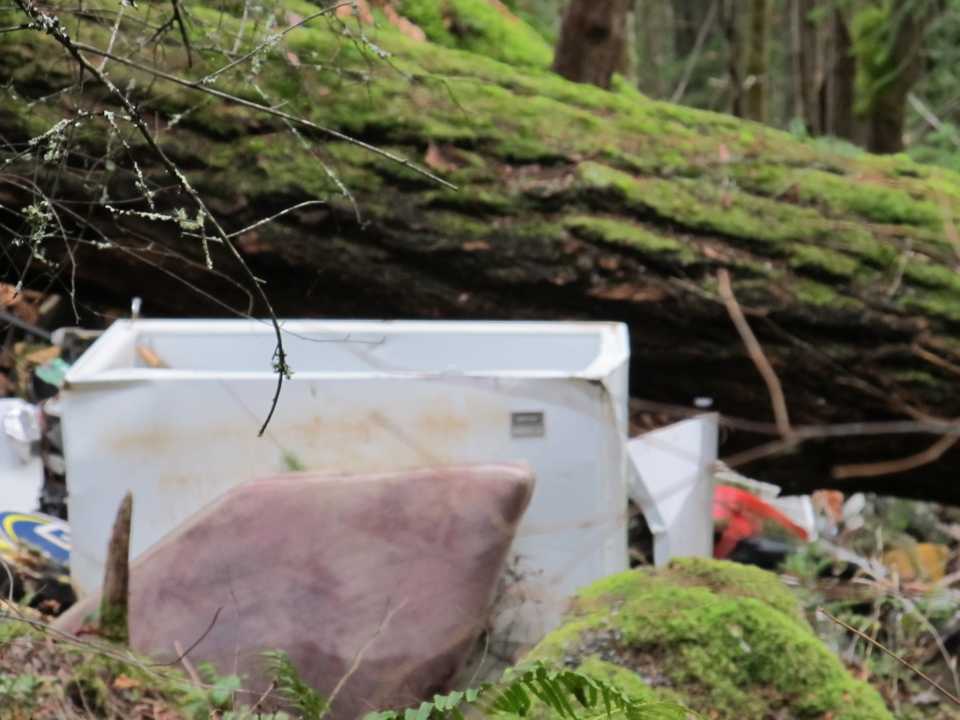 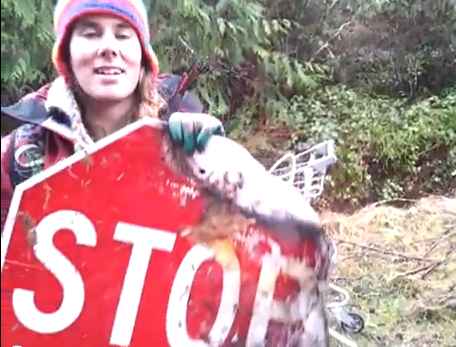