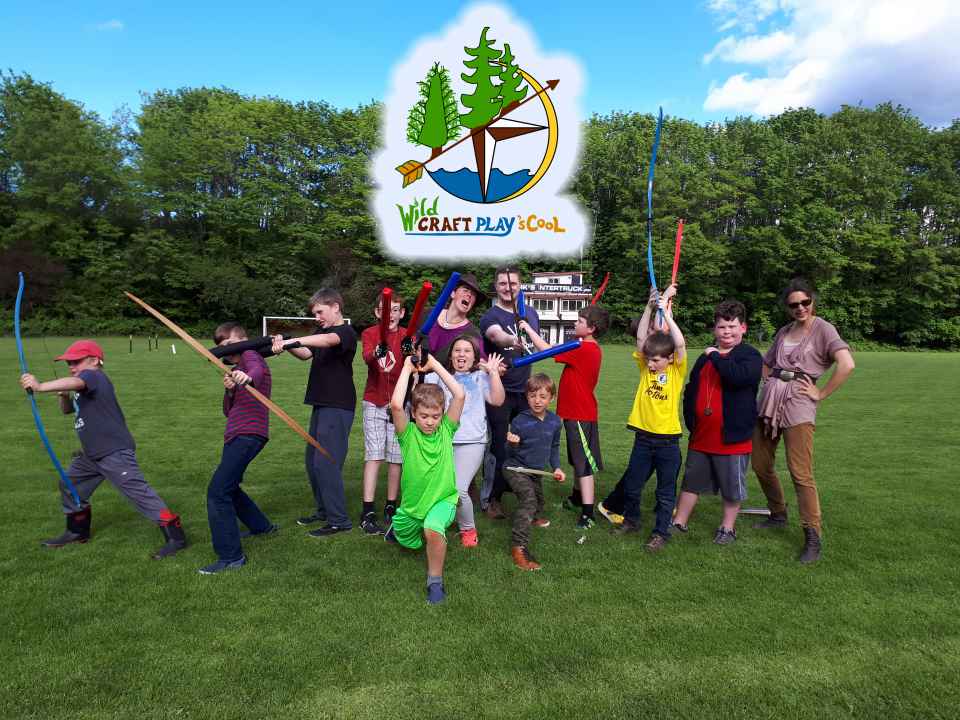 🏹 Does your child love adventure books, archery, swordplay, imaginative play in Nature and a chance to be a leader?

🗡 Do you wish your child could explore more regions, meet quality mentors from our community, and practice real-life skills?

🌎 Do you wish there was something as engaging as a videogame that will teach your child life skills like, wilderness survival, financial Literacy, Earth-friendly economics, and Earth-Conscious Practices?

Have you heard about our initiative to help the Association of Denman Island Marine Stewards, and The Ocean Legacy Foundation to fix the problem of waste in the ocean?  This is how you can sign up for our Chronicles. A way to be kept in the loop and engage with finding a solution to the problem. 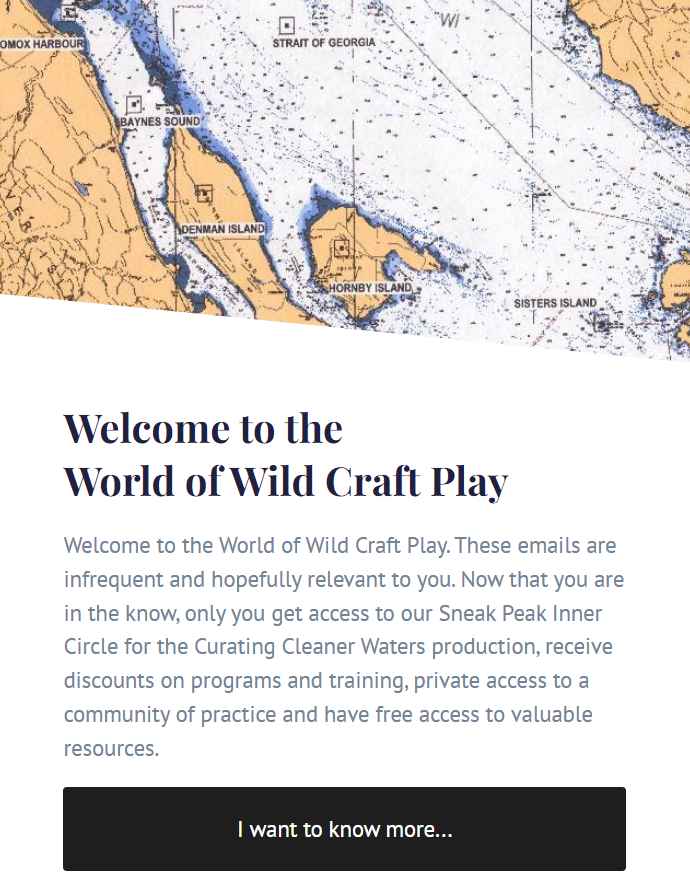 WHAT is Wild Craft Play anyway?

Wild Craft Play is an imaginary world where children go on quests, find and manage gold coins, build villages, save the world from impending doom, and sleigh a monster or two.  Questers are guided to engage in youth-crafted creative story, hike in gumboots, climb trees, build shelters, make fires, role-play and shadow-story at the Fallen Alders Hall for those particularly cold days, with play outside as desired. Snow day plans of quest continuation included.  Outdoor and higher-risk activities (such as fire-making, wood-carving and swordplay) are first directed by high-skilled program guides and wilderness first-aiders who support the development of child-led risk assessment and leadership.

One of the best parts of Wild Craft Play is what happens after we witness a young person who has struggled or been frustrated. We generally sit in a place of empathy, not solving their problem, just saying things like “Oh!” and “Really, I wonder why?”  Then, something inspires them, like watching a light bulb come alive. And you should see the look of wonderment on their face! This is why we do what we do.  Wild Craft Play was crafted from the shoulders of giants, adapting, testing and experimenting with different pedagogies and techniques that engage youth.  From that, The Hummingbird Approach was born.  Developed by Jamie Black through a rigorous exploration during a Masters Thesis for 5 years from 2013, Jamie scratched the surface of wells of knowledge and practices that are still being uncovered today.  You might recognize John Dewey and his Learn by Doing theories, Game Theory both Gamification as well as shifting to Gameful Design by McGonigal.  Jerome Bruner introduces aspects of Guided Discovery Learning, and Michael White introduces Narrative Therapy. These among many others are stones on the path of Wild Craft Play. We have no intention of re-inventing a wheel, we are building a vessel on the wheels that truly work for facilitating arts and play in Nature.

For neurotypical youth, Wild Craft Play is the type of leadership adventure needed to regenerate the resilience they were born with.  Take Dungeons and Dragons for example.  There is a Dungeon Master that sets the scene, enacts aspects of the game, and determines the fate of the players. Take the central market place of all videogames, think of all of the resources and things players use to access their wears, barter and trade.  Then you have the quests. To be honest it’s a bit of a crap shoot at first, trial and error to see what hits home for those youth, but each quest gets you closer to satisfying adventures that leave them hungry for more. Oh, and the best part is, you can fill the adventure with all sorts of learning outcomes, Writing, Reading Math, Social Studies, Science, Phys Health Ed. And get this, they do these things because they have an internal motivation, not because they are forced to.  Imagine a world where youth love to learn.

For example, one of the activities in Wild Craft Play is called the Travelling Trade Post, where we usually play for about an hour. I bring my wears to sell, and the youth ponder over what to spend their gold on. I hire a merchant, an accountant and a security guard to tend to my business. Others get inspired and build their own business, buying, selling, hand-crafting.  I set a bunch of items in a hand-made wooden travelling tote and label items with mystical names like “Metallic Skin” for Duct Tape, and “Spider Sinew” for floss.  I boast about my wares and told them they must pay me in gold. Once they find the gold, the game ensues, sometimes lasting 4 hours, not wanting to quit.  “Jamie, can we play this all winter?” they would say.

“How did you do it? It’s like the best of all 3 worlds! Friends, Nature AND Video games all in one!” ~ anonymous participant of Masters research.

Wild Craft Play encompasses the best of the three worlds that children are most engaged in, Friends, time in Nature and the gameful aspects of Video Games. Replace technology with Nature, practice coping skills, group decision making, leadership, how to follow, and voila we have wildly crafted role-play.

“I just loved watching every single child totally engaged in whatever it is they were interested in. The total embodiment of child-lead play in a game that provides very minimal direction and very maximum setting.” Jarrett Krentzel founder of Hand-In-Hand Nature Education

How is it played?

“Once upon a time, there lived a girl
Who was a lot like me and a lot like you.
She went to school, she learned a bunch
But there were bullies, mean ones
Who stole her things and ruined her fun…”

What ever did she do? Want to find out? Join Wild Craft Play to LIVE the story!The Secret Storybook

On a Different Note…

Playing in the Program

Learning to Run the Program

It is the magic of wonderment that ignites a sense of ownership, responsibility, inclusion and togetherness.Jamie Black

We give a huge THANK YOU to our supporters:

Click their logo to visit their webpage and support local. 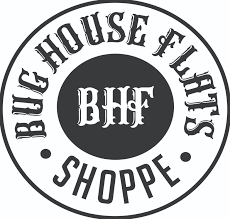 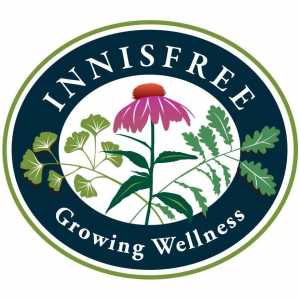 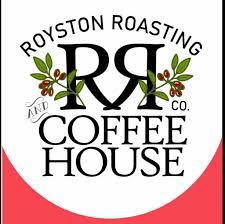 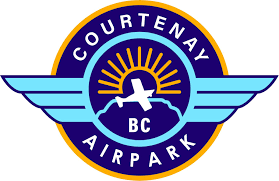 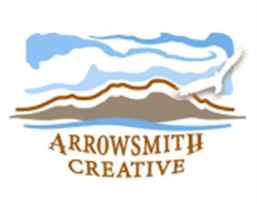 Thank you to our Sponsor for the incredible Art Card Prints 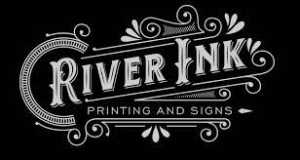 A big thank you to our Patrons

“I have come to understand that we, as a society and a Nation, need to connect to and become the advocates for the Natural World, while deepening our knowledge of self and the mysterious universe we inhabit. It is in this way that we WILL be the role-models for the future. Out of all of the needs of the Earth today, I choose to invest my heart and soul in our children.

Will you join me?”

A Little Bird Story Productions was created to help Earth advocates and nature-educators tell the stories with and for the Earth. We realized that there are so many incredible people doing incredible things, and people have a hard time getting their story out there.  This is one of the ways we give back. We keep all projects affordable, to enhance human connection to our Earth and our community. What better way than in the moment, on-site, on-the-land in a personal way to share our story.

See What we are up to Now

Celebrate Our
Earth Advocates
on This Wall of Fame

Since January 2008, students have engaged in Wild Craft Play. They have been striving to find solutions to real environmental issues. These new Earth Advocates have a story to share. Have a read…

The only way you are permitted to play in life is to start with Peace in your heart. Follow this link for the Peacemaker Story…

Click here for a video of the Peacemaker’s story: https://youtu.be/QRzxFULuTz4

Have you heard about the Earth Charter?

It was created by the United Nations as a way of co-existing with our planet in harmony? This is our curriculum,

What if “climate change” is real? What if we really do need to make big changes right now?  If it hypothetically isn’t real, then spending time, money and effort doing something good for the Earth can only bring more good, regardless of whether or not there’s a crisis, don’t ya think?